Born in Maryland, However, Roberto lived abroad in Bolivia for almost 6 years. After graduating high school he came back to pursue a career in electrical engineering. Having an affinity for dance from an early age, it wasn’t until he returned to the US where he started to learn to dance Merengue. This sparked an interest into Salsa and a very close friend introduced him into the dance but it was after meeting Silvia herself on the dance floor that he started training in depth under her instruction and guidance for almost ten years.
Other facts about Roberto:
-Loves tennis (has been playing since he was six years old).
-Big fan of cinema. He even has a custom-made home theater in his basement.
– Traveled to 20 countries.
– Bilingual (English and Spanish).
Roberto started with Salsa With Silvia as a student and performer and simultaneously trained to be an instructor. He is joining the Salsa With Silvia family of instructors in January of 2022. 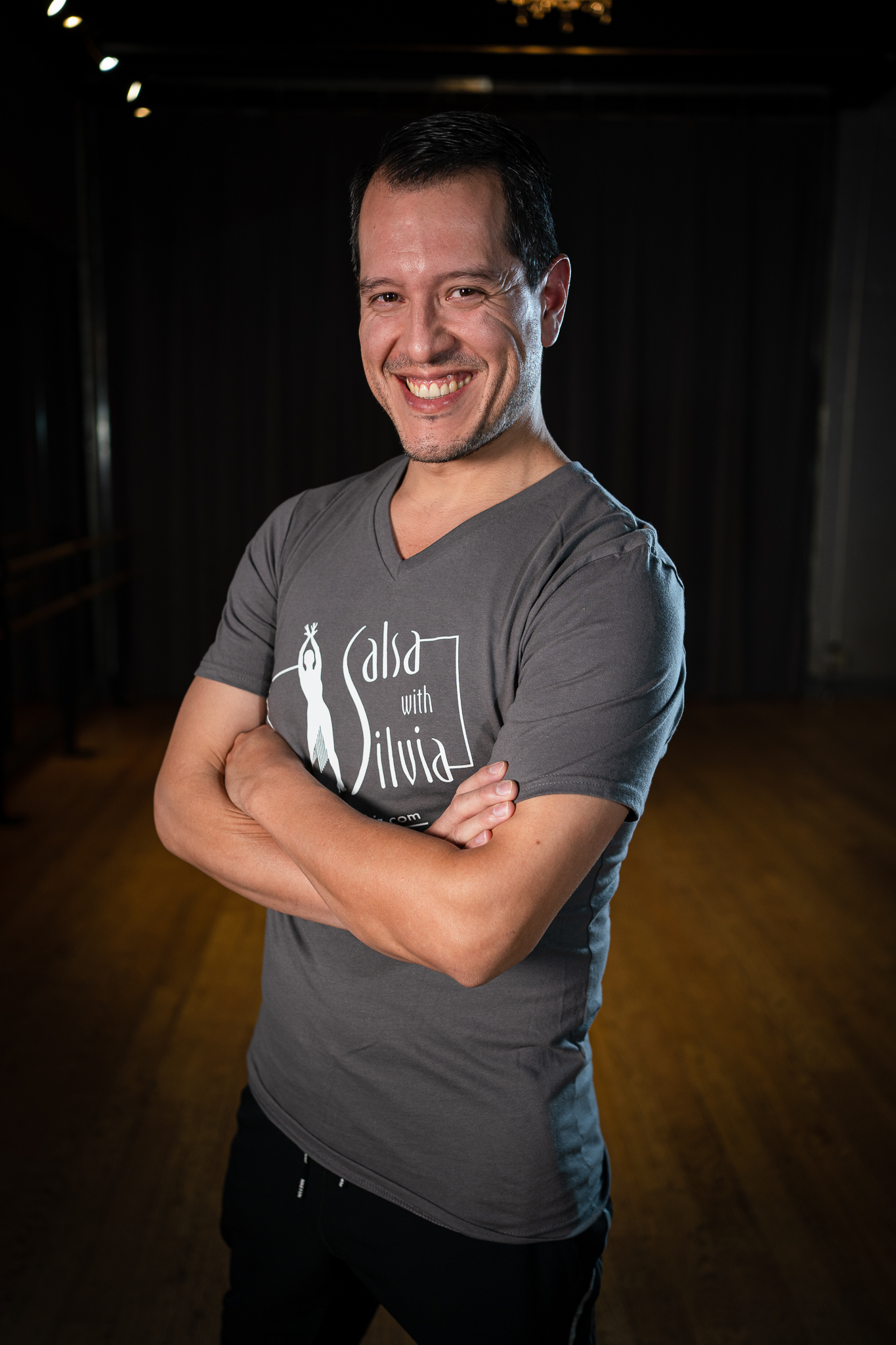