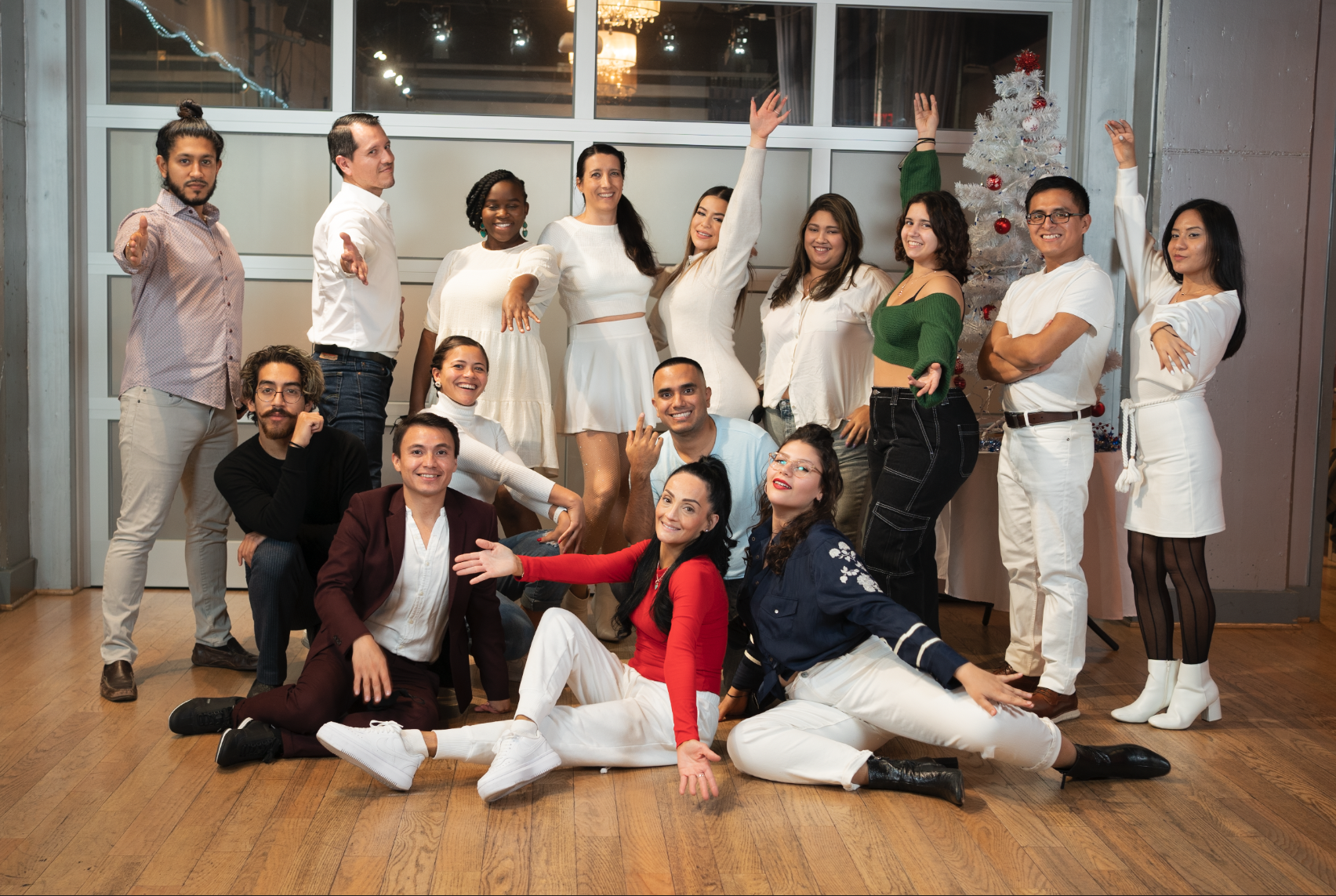 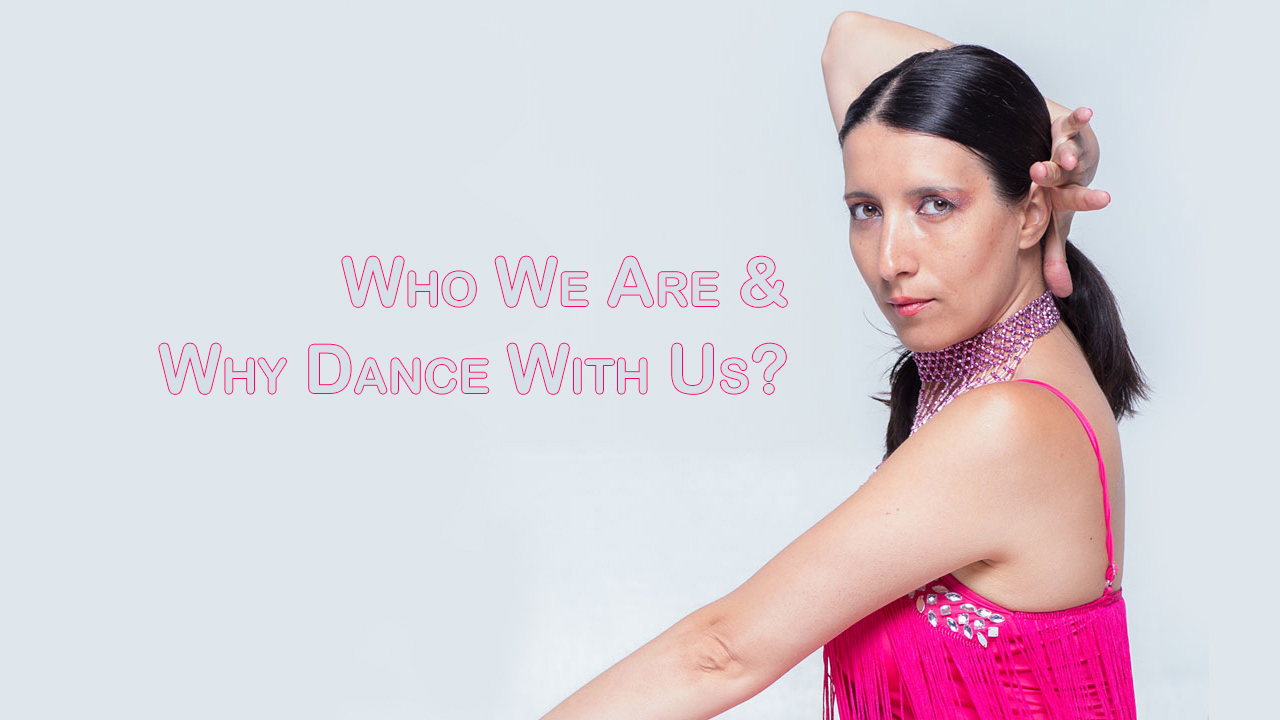 Salsa With Silvia is the largest Latin Dance Studio in the DMV. We grow fast because we are passionate about what we do, our teaching method is structured and easy to understand and WE LOVE TO SEE YOU SMILE!

Read below to see how we grew from one girl’s dream to now a studio with two beautiful locations in the DMV.

Come dance with us!

Find our how owner Silvia Alexiev started from the basement of her house and now has the largest Latin Dance Studio in the DMV.

The Salsa With Silvia instructors are very friendly and experts in teaching salsa and bachata at all levels. Find out more and pick your favorite instructor.

The Salsa With Silvia studio has been acknowledged on local TV as well as awarded a grant by the DC government and Mayor Bowser. Watch the videos.

Our Story - How It Started & How We Grew?

Salsa With Silvia’s owner and director Silvia Alexiev began dancing when she was 6 years old. She was a competitive ballroom dancer for years but once she was introduced to salsa dancing, she instantly fell in love with its vibrant culture and energetic beat.  Almost immediately, Silvia joined a DMV-based salsa performance team and quickly became their lead dancer. Silvia remained on the team for nearly 3 years and performed in some of the largest  and most popular salsa congresses in the World.

Silvia started teaching salsa at a gym in Chicago in 2008. The same gym came up with the name Salsa With Silvia. While in Chicago, Silvia taught and mastered her skills as a salsa dance instructor at the Dance Academy of Salsa.

When Silvia moved back to the DC area in 2009, she immediately located several dance studios where she started teaching and gradually built a solid crowd of supporters and long-term students. She also founded her very own salsa performance team, Amika Dance Company, which has been representing the studio locally and around the country.

Silvia’s following became so big that she had to train a few of her most dedicated students to become instructors. In 2011 Silvia and her husband bought and fully renovated a town house in Columbia Heights, DC.

They converted the basement into a professionally equipped studio with capacity up to 25 people. That was the first and original Salsa With Silvia Dance Studio.

Despite being in the basement with no exposure on the street, students were pouring in and classes were full. Students were hooked to the Salsa With Silvia method, structured classes, patient and experienced instructors, affordable prices and relaxed environment.

Throughout the years, Silvia has also become very popular on YouTube, where she teaches her famous Trick Of The Week salsa lessons, which people of all ages and Worldwide destinations follow and learn from.

salsa with silvia is now located in dC and Bethesda, MD!

With a quickly expanding network of students, the Salsa With Silvia Dance Studio was on a mission to raise money and move to a new, bigger space. In September of 2014, Silvia launched a large crowdfunding campaign and successfully raised over $17,000.

In November of 2014, Silvia signed a 7-year lease for Salsa With Silvia’s new home. Salsa With Silvia was awarded a grant in the amount of $85,000 by the Great Streets Program to go towards the build out of its new studio. The total cost of the new studio build out was $325,000. The new studio opened doors in April of 2016 and officially became the Largest Latin Dance Studio in the DC area. The new studio offers new adult classes and programs as well as kids after school dance classes, summer dance camp, discount classes for veterans and people with disabilities, kids and adult performance classes, social dances, and more.

By opening the largest Latin dance studio in DC, Silvia is offering many ways to support the community and teach people of all ages how to dance. Currently the Salsa With Silvia Dance Studio has over 30 people on its team of teachers and staff and it keeps growing.

In January of 2020, Silvia and her husband opened a second location in the heart of Bethesda, expanding the Salsa With Silvia community even more and giving the gift of dance to more kids and adults.

Video below: how we grew from a basement studio to a 2 prime locations dance studio: